I’ve always been a little weird about iPhone cases.  I am one of those guys who upgrades my phone every year, and the excellent resale value of the iPhone is higher if the phone is in great condition when finding its new owner.  I have spent at least $50 or $60 every year on cases for my phone; I’ve tried clear plastic cases, minimalist cases, silicon cases, the iPhone 4 bumper, leather pouch cases, a BookBook wallet case – almost the entire spectrum of choices.  But it’s only for the past year that I have been interested in in-car mounts for my phone.

I have been using a RAM Mount RAM Universal X-Grip Cell Phone Holder to securely hold my iPhone for about a year, and I love it.  To the two criticisms that I had about that mount in my review (it can’t be operated one-handed, and it is easy to inadvertently hit the volume up/down buttons), I would also add that it leaves a giant suction cup-shaped circle on the windshield when you remove it, which I’m not a huge fan Of.  When I received an offer to review the iOmounts iOauto Pro, with the promise of one of the best in-car phone mounting solutions, I was eager to see if it could address the criticisms I had of the RAM Mount product.  Despite my critiques of the RAM Mount, I do love it, and it would take an excellent product for me to switch. 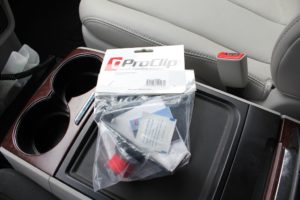 First, let’s skip to the good part:  even though it’s doubtful that the iOmounts folks ever saw my review of the RAM Mount RAM Universal X-Grip Cell Phone Holder, somehow their product does address the three issues I have with the RAM product.  Unfortunately, its design also adds other issues that are deal breakers for me.

The iOmounts iOauto Pro is custom-fitted to a specific make, model, and year of vehicle.  Since we’re working on a long-term test of the 2013 Toyota Sienna XLE AWD, I figured that I would request a sample built to fit that van.  The problem with this approach is that while the mount is “universal” in that it will hold basically any size and shape of cell phone securely, it can only be used with a specific vehicle.  For someone like me who changes vehicles all the time (I am mainly talking about press cars, but the fact is that I’ve bought five new vehicles over the past 10 years as well), it means that you’re also going to need to buy a new cell phone holder if the iOmounts product is your choice. 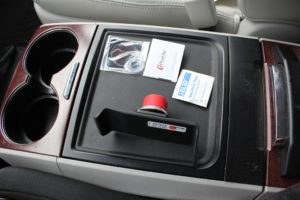 The iOmounts iOauto Pro comes in a durable clear plastic bag that is held closed by a folded piece of cardboard that’s stapled to the top.  Inside the bag is the ProClip dashboard mount, a red magnet “core,” an alcohol swab, two iOadapt metal discs, two iOmounts skin decals, and a small product catalog.

Next, you hold the ProClip dashboard mount up to the air vent on the left side of the center stack, to the left of the radio/navigation system.  The bottom goes into the air vent, then you pivot it upward to snap the top of the dashboard mount into the vent.  Effectively, you have just covered two thirds of your air vent.  More on this later.  You’re also done with the installation process. 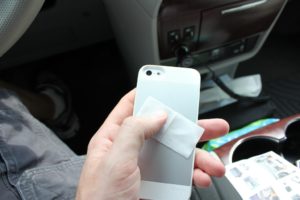 All you have to do is hold your phone anywhere near the red “core” on the mount, and the extremely strong magnet will pull your phone the rest of the way to the dashboard mount.  It’s very secure, yet easy to remove the phone.  Though the dashboard mount is made of hard black plastic rather than metal (as the RAM Mount is), it seems to be of high quality.  If you don’t snap and unsnap the mount from the air vent, it will probably outlast the car, and will certainly outlast the cheap plastic that car manufacturers construct air vents out of.

The only problem is, there were a few problems. 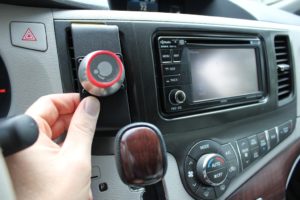 So where does this leave us?  The iOmounts iOauto Pro is a good product with (literally) a few rough edges.  It’s not iOmounts folks’ fault that Toyota positioned the air vents so close to the gearshift lever, but at a minimum, some guidance about the positioning of the iOadapt disc on the device would have been helpful.  While it’s certainly easy to install/remove your device with only one hand (and it doesn’t smudge the windshield!), the constant presence of the iOadapt on the back of my phone is not something I appreciate, for both aesthetic and practical reasons.

The iOmounts iOauto Pro will be available soon on http://www.iomounts.com/ for $70.  To me, that’s pricey for a phone holder, even though it is well-engineered and well-built.  The RAM Mount RAM Universal X-Grip Cell Phone Holder costs about $21 on Amazon.com, and though that holder has a few drawbacks, it works better for my needs, and is universal in working with any phone and any vehicle. 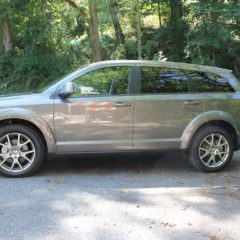 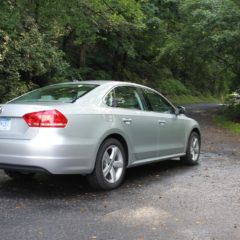