Merriam-Webster defines ‘dust’ as “fine particles of matter (as of earth).  The funny thing about dust is that it is quite literally nearly everywhere.  Our bodies are equipped with mechanisms to deal with it (that’s what those awful nose hairs are for) and left untouched, almost every surface in your home, office, or car will accumulate a layer (or more than one layer) of dust. 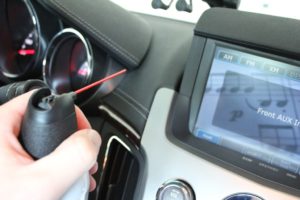 Traditionally, the only way to remove dust from your car’s interior has been to vacuum upholstery and to wipe down hard surfaces such as the dashboard.  If you wanted to get the dust out of confined areas such as the edges of air vents or the crevices along your center console, you were either out of luck or had to disassemble part of your car.  I am not a big fan of disassembling a modern car to clean it; you’re just asking for interior rattles, and frankly, that’s a cost I’m not willing to pay.  Not only that, but it takes a very long time to disassemble parts of your car’s interior just to clean it.  In high school, my best friend would take apart his Ford Probe’s interior every so often to clean it, and it was quite an undertaking.

Dust-Off thinks that they have a solution for this dusting problem, and it’s called their Special Application Duster.  Basically, it’s just an aerosol can with a mini straw (very similar to the layout of a WD-40 can) that contains non-flammable propellant that, when you squeeze the trigger, shoots a jet of high pressure air from the nozzle, hopefully onto the dusty spot, and hopefully dislodging the dust.  I’ve been a bit bothered by a few spots around the console of my five year old Cadillac CTS, so I gave this product a try. 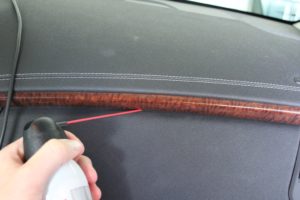 The instructions say to pull the trigger in short, 2-3 second bursts.  This is probably suggested for two reasons:  to conserve the can’s contents for more than a few minutes, and to keep the can from super-cooling itself.  In case you weren’t aware, aerosol cans quickly get very cold when sprayed for extended periods.  The instructions also make clear that you should keep the can upright and should never spray it upside down and should never shake it while spraying.

Of course, I wanted to know what would happen if I did (this dangerous curiosity reminded me a bit of the time that I set my friend’s hand on fire with WD-40.  He was uninjured, and we had a good story).  So, I first disobeyed the instruction about using only short bursts when blowing air at every dusty crack I could find in my Cadillac, then moving over to the long-term test 2013 Toyota Sienna XLE AWD (otherwise known as my wife’s van).  The reason I went with longer, steadier streams of air was that it just didn’t seem to have enough air velocity to dislodge all of the dust.  Maybe it was a function of the type of dirt in our cars (I did get most of it out), but I couldn’t help but think about how much better a small air compressor blowing 100+ PSI could do the same thing. 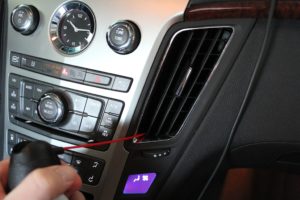 I then turned the can upside down to see what happens.  Instead of just expelling air when you pull the trigger, the liquid propellant comes out of the nozzle as a liquid – albeit one that freezes immediately.  The danger of turning the can upside down is not flammability, but rather frostbite.  If you spray the liquid onto your skin, you are putting yourself at risk of getting frostbite, and that’s a seriously awful thing to do to yourself.  So if you want to go around deep-freezing non-critical things like a few grass blades or your door panel, go right ahead, but keep your body parts away from the nozzle.  The can also gets seriously cold after a few minutes of spraying.

After my dusting of both cars, quite a lot of experimentation with freezing liquid, and a successful avoidance of frostbite or any permanent damage to my door panel (which was the unfortunate victim of a few intentional freeze tests), the 10 ounce can of Dust-Off Special Application Duster was completely empty. 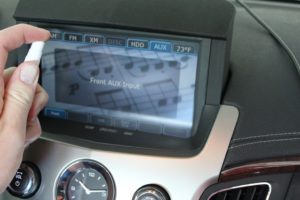 Dust-Off’s aerosol duster isn’t just for cars; it’s for any sensitive electronics that would have serious problems with traditional flammable propellants.  Though I didn’t test the claims of flame retardation, I know how flammable many other aerosols are (including the aforementioned WD-40), so that’s a decent selling point.  I probably should have saved some to use when cleaning my computer, or better yet, the Lightning port on my year-old iPhone 5 that’s showing a bit of dust.  But alas, I did not. 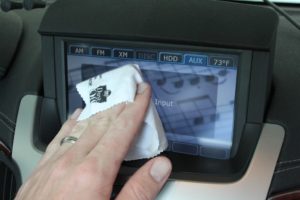 Dust-Off also provided me with a small sample of their screen cleaner, which comes in a small pen-size pump sprayer with a small soft cleaning cloth.  That worked very well; it just took a few shots of the clear, odorless liquid, onto the surface of both my and my wife’s navigation screens, a few swipes of the soft cloth, and both touchscreens were completely fingerprint-free.  Of course, the combined eight or ten pumps to clean two screens depleted the reservoir of cleaner in the tiny bottle by about half, so it won’t go particularly far.  It worked well enough that I’ll keep the sprayer and cloth in the console of my car, though it won’t last for more than a few more cleanings.

You can purchase the Dust-Off Special Application Duster (10 oz.) directly from the company for $27.49 per can at this link:  http://www.dust-off.com/shop/10oz-non-flammable-disposable-duster and you can purchase the Portable Screen Cleaning Kit for $6.99 using this link:  http://www.dust-off.com/shop/portable-screen-cleaning-kit.

If you have access to an air compressor, which many folks have in or near their garage, try that first.  But if you need to get dust out of sensitive areas of your vehicle, Dust-Off Special Application Duster worked pretty well.

Dust-Off provided samples of the products used in this review. 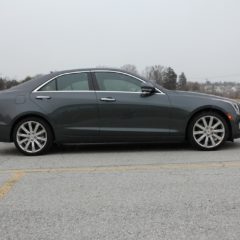 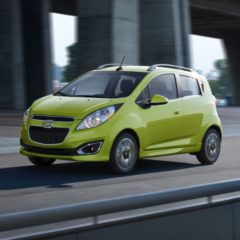