Yesterday’s news that GM had topped the J.D. Power and Associates Initial Quality Survey (IQS) came as a surprise to many observers.  GM earned a well-deserved reputation over the past several decades as a seller of crappy cars littered with quality problems (though 1990s Buicks tended to do pretty well in this same survey).  Had someone told me a few years ago that in 2013 GM would occupy the top spot in the survey, I would have found it hard to believe.  Well, pigs are flying and GM is on top.  Now let’s look at some of the reasons why.

Know what’s common among the eight GM models listed?  Almost all of them – the Impala, Tahoe, Escalade, Avalanche, and Sierra – are on their final model year before a redesign (or discontinuation in the case of the Avalanche).  The Silverado HD has been on the market for several years and any bugs have surely been ironed out.  The 5th generation Camaro is more than halfway through its life cycle, having hit the market for the 2010 model year.  Only the Encore is a new vehicle, and it’s a relatively simple one.

So don’t break out the champagne just yet.  With more technology added to the full-size trucks and to the 2014 Impala than their predecessors had, it’s a decent bet that the 2014 J.D. Power IQS will show different results for these models.

The other thing, and this is as well-known critique of J.D. Power’s methodology, is that the so-called Initial Quality Survey isn’t actually measuring quality.  Well, it is, but not only quality.  Because there really aren’t many quality problems with new cars per se, so J.D. Power invented the notion of categorizing design problems as “quality problems.”  A design problem could be something as simple as an ill-informed buyer not knowing how to use the voice activated features in his car’s navigation system.

Design problems – real or imagined – are so prevalent in the IQS that (according to J.D. Power itself) nearly two thirds of the “problems” with new cars were design-related.  The cars that won their category – at least the GM vehicles listed above – by and large have simple electronics (no touchscreens in most of the pickups, Tahoe, or the Impala, for instance) and are relatively simple mechanically.  The automaker who has arguably invested most heavily in in-car infotainment choices that consumers demand – Ford – is notably absent from the list of winners.  Blame MyFord Touch, again, for that showing.  Hey, BMW eventually figured out iDrive; perhaps Ford will do the same for MyFord Touch.

With design problems polluting the survey results, Power should separate the results into two separate surveys – one for design problems (which can be resolved with better coaching from dealer staff, better designs, or removing high-tech accessories from the option list) and one for true quality problems like door panels falling off.

Congratulations are due to GM for its performance in this year’s survey.  Now let’s see what happens next year. 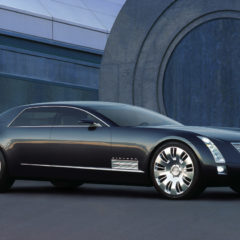