Dual-Clutch Gearboxes for the Future?

For a long while now, people have had to live with compromises regarding their choice of gearbox. They either choose an all-out manual gearbox, one which may require a deft coordination of the hands and legs to shift gears, and, If one were to be stuck in traffic, that gearbox would be quite a physical workout as well.

Or, they would go for a torque-converter automatic, which smooths things out quite a bit, offering fuss-free motoring at the expense of fuel consumption and what some might call ‘driver feel’.

Another alternative, a semi-automatic clutch-less manual, which is commonly found in cars with a sportier outlook, like the F430 or the

Gallardo, offers a manual gearbox but with a computer shifting the gears for you. Like in an F1 car, you control shifts via paddles behind the steering wheel. Sounds like the best of both worlds, but by and large their jerky nature while shifting puts off all but the most tolerant of drivers.

A continuously-variable transmission is a belt-driven gearbox, which dampens the responsiveness of the car to throttle inputs, but it’s a frugal and smooth gearbox – still, not quite suitable for sporty purposes. For a long time a solution has yet to be found – until the appearance of the dual-clutch gearbox in recent times.

Consider this dual-clutch gearbox a superior version of the semi-automatic clutch-less manual. Very much like the latter, the dual-clutch gearbox works just like a manual; a computer shifts for you, hence negating the need for a clutch for the driver to work. However, the similarities end there. Whereas the latter employs a single clutch to engage the gears one by one, a dual clutch gearbox employs two.

I’ll try to explain it in my layman terms, so bear with me – one clutch engages gear 1, 3 and 5 while another engages 2, 4 and 6. Let’s say a car moves off and engages gear 1; another clutch already then readies to engage gear 2, resulting in an almost instantaneous millisecond shift. By the time the car is at gear two, the clutch responsible for gear 1, 3 and 5 already prepares to engage gear 3, and so forth. This relatively simple idea immediately makes the single clutch idea a clumsy application.

Having owned a car using this aforementioned dual-clutch gearbox, I cannot help but feel smug every time the car upshifts seamlessly, offering the acceleration of a typical manual gearbox yet offering fast, fuss-free shifts of a torque converter automatic. For a gearbox with the least compromises, and offering the best of all worlds, this has got to be it.

But of course, the couple of compromises this gearbox makes might be worth mentioning here, as they are significant depending on what the driver is looking for in a drive.

No matter how smooth dual-clutch gearbox shifts, it still suffers some symptoms of a semi-automatic. For instance, moving off on an incline, roll-back is bound to happen – hence the need for a hill-hold function. Applying especially to luxury cars, some vibration is also experienced when the clutch engages as the car is about to move off. The loss of some refinement here might be crucial for those looking for an absolutely smooth, fluid gearbox. A torque converter automatic on the other hand, still triumphs as probably the smoothest gearbox around. For that reason, I predict its application would still come in useful in the most luxurious of cars.

The dual-clutch gearbox offers seamless upshifts – yes. But what about downshifts, one might wonder? One common complaint about this gearbox is about its slow downshifts. While particular attention is paid to the speed of the gearbox upshifting, the downshifting, especially crucial if one were to drive on a track, is less than satisfactory in some versions of this gearbox. Newer versions, like BMW’s DCT, might solve this issue somewhat by allowing the driver to set the speed of the shifts. However, the award for the ‘sportiest’ fuss-free gearbox – one which a person would love to use on a track – would probably be the single-clutch semi-automatic manual, especially those perfected like in the F430 Scuderia.

Here is the strong suit of the manual gearbox – the one with the clutch and the stick is probably still the one which connects the driver to the car the most. Every upshift or downshift is entirely decided by the driver; whether you decide to half-clutch, heel and toe, coasting the car in neutral at a traffic light junction, rev the heck out of the car at its sweet spot, or short-shift to save petrol, the car won’t stop you from doing anything. Also, unlike some gearboxes which may have a torque limit, above which the gearbox may blow, a manual works with any power you can give it. Offering the most control, this gearbox would probably be my personal choice. Nowadays, it is an uncommon choice but one likely to have its fair share of fans; an evergreen.

Hence, there is no perfect answer to the question of whether dual-clutch gearboxes are the future. It does however, take over and overlaps the functions of many current gearboxes, which would make it an immensely popular choice with both car manufacturers and drivers alike. Other gearboxes mentioned above would have their own niches in the market, which makes us consumers spoilt for choice more than ever before. 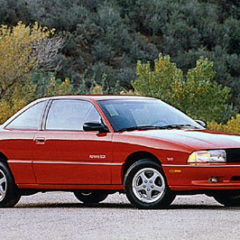