Today, the NHTSA ordered that the Takata airbag recall expand from approximately 29 million vehicles to add another 35 to 40 million more. There are so many vehicles now included in the Takata recall that the repairs will basically have to be triaged. Older cars in hot, humid climates will be the first to be repaired starting this month, with newer cars in cooler climates potentially not being repaired until December 2019.

Anyone following the car business over the past few years is aware of the huge damage that Takata’s defective airbag inflation modules are wreaking on the auto industry. Takata, the Japan-based supplier of airbag modules for many automakers, but most notably Honda, Ford, Toyota, Mercedes-Benz, BMW, General Motors, Nissan and Fiat-Chrysler, now has problems with Jaguar-Land Rover, Tesla, and Fisker airbags as well.

The background is that Takata used ammonium nitrate as the propellant in the recalled airbags (you may recall that the Oklahoma City bombers used the same explosive). Ammonium nitrate is unstable, particularly when in humid environments where there are temperature fluctuations – you know, like the American South. The recalled airbags have no desiccant (drying agent), and the defect will appear between 6 and 25 years after the airbag’s manufacture. When the defect does appear, “Such degradation can cause the propellant to burn too quickly, rupturing the inflator module and sending shrapnel through the air bag and into the vehicle occupants.”

So far the defective airbags have been linked to 10 deaths and more than 100 injuries in the U.S.

This will be the largest, most complex recall in U.S. history. And, it could get even bigger. Takata has another airbag design that uses ammonium nitrate as a propellant, but with a chemical desiccant added. While no deaths or injuries have yet been linked to that airbag design, Takata must prove that particular airbag design is safe by the end of 2019, or face a complete recall of all ammonium nitrate-powered inflators. That would be about 85 million inflators in the U.S., or about five years’ worth of U.S. market car sales.

Takata’s competitors have found a bit of a silver lining in its troubles; they are getting more than 90% of the orders to replace the defective Takata modules. Takata may have to declare bankruptcy, or at least have its toxic airbag-supplier business declare bankruptcy, to avoid insolvency.

Consumers can find complete information about the Takata airbag recall at http://www.safercar.gov/rs/takata. 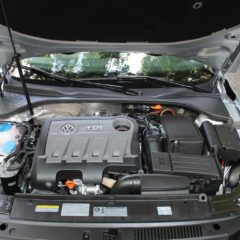 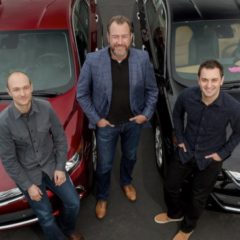 GM and Lyft Will Partner to Test Self-Driving...